An assortment of pathway styles for use in Wonderdraft. Universally compatible image pack.

These pathways are included as PNG downloads in a zipped folder.

Installation notes: They can be used as roads in Wonderdraft if you place them in the assets/(name of theme)/textures folder under the name “paths”. The folder included is named “paths” so you can just drop that into a Wonderdraft textures folder.

Specific instructions for installing Wonderdraft assets on other operating systems, or if you need further assistance, can be found at this link in the Wonderdraft subreddit.

A select few are also great just for use on a battle map as a drop in rug or flooring element. They’re all seamless horizontal tiling ribbons so really, there’s a wider range of potential applications for them as png assets in your virtual tabletop games and map design too. You can use them to design a frame for a map manually in a raster program by positioning them along the border with snap to grid active, for example.

Most of the roads are 1000 pixels wider by a varying degree of widths. They range in design. Some of the designs look quite similar at a small road size as their distinguishing features don’t pop out unless you use them at a battlemap or larger regional scale: these may be very minor deviations such as a stroke around the edge in one and not the other. The designs include fancy rug, mosaic tiles, cobblestone, crazy paving style stone, train crossbars, wires, bricks, rough earth, and a slightly more modern road variation. Some would look nice as walls or ruins.

What you see is what you get: no secrets. All roads included are demoed in the attachment images so you can see how they look when dropped straight onto the Terra theme in Wonderdraft with no tampering with any settings.

Note that most of these roads and paths are texture based, with a few exceptions that are different PNG shapes (the railroad, the wires). Some of the themes tend to obliterate the textures. They look good in Terra and Eastward for example, but in Black and White’s default settings the textures just vanish entirely. So if you tend to make your maps in black and white, classic inked styles with very low amounts of color, they won’t fit well. These roads and paths will match well with a colorful and highly textured map style and not well with a crisp inked vector style classic map.

The item has been verified to work with Wonderdraft.

Free
A set of fantasy pyramids for use with
Read more
Creator: 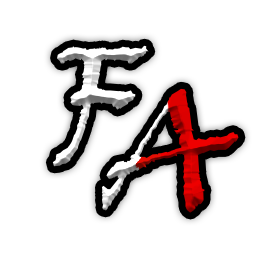 Make your own Graveyards, Asset Pack

Free
92 symbols in 5 themes: Demon, Orc, Ice,
Read more
Back to Top
Product has been added to your cart
Close