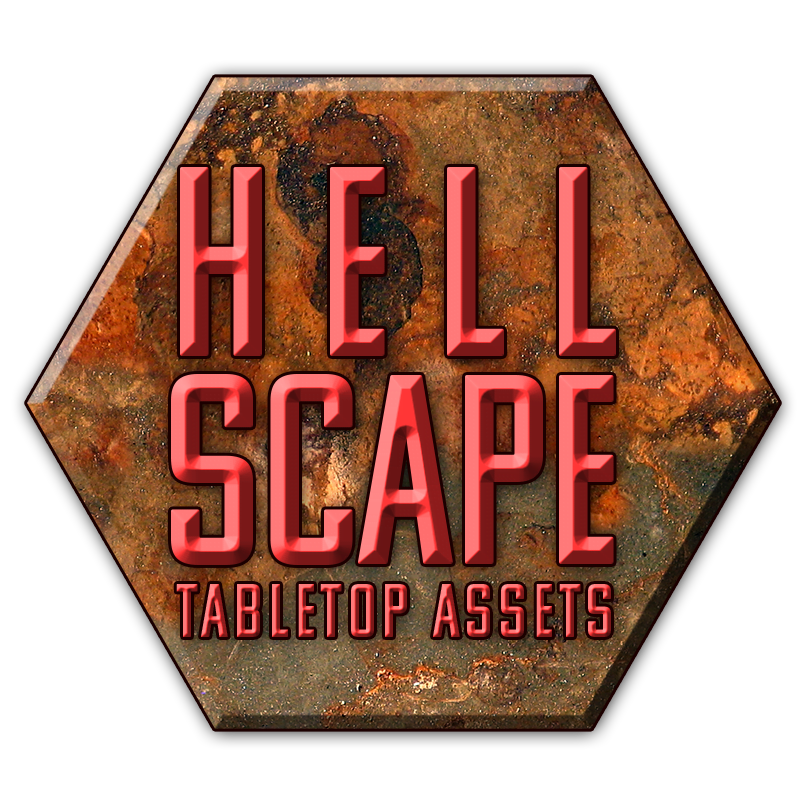 Here is a quick screencap from a world built using these assets. This is pre-lit in Dungeondraft and then re-lit further within Foundry VTT. 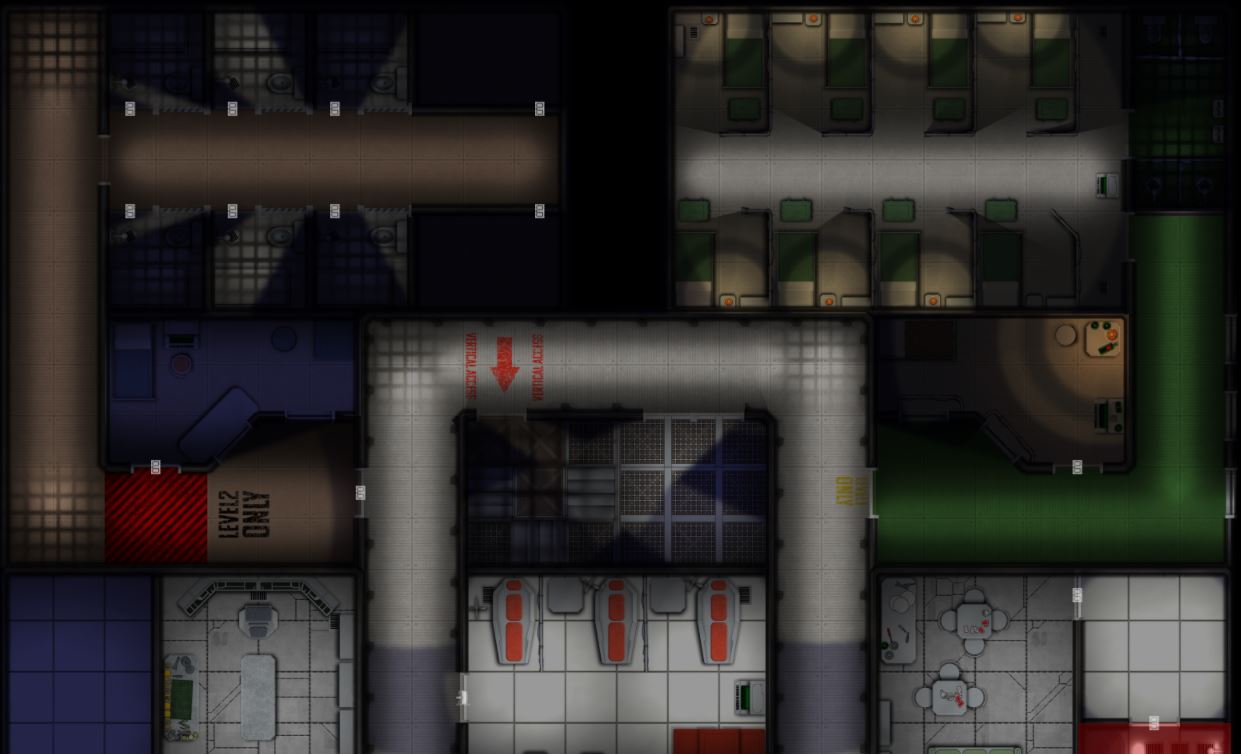 I’ve tried to cram most of the included assets into this picture. Anything in red is colorable. 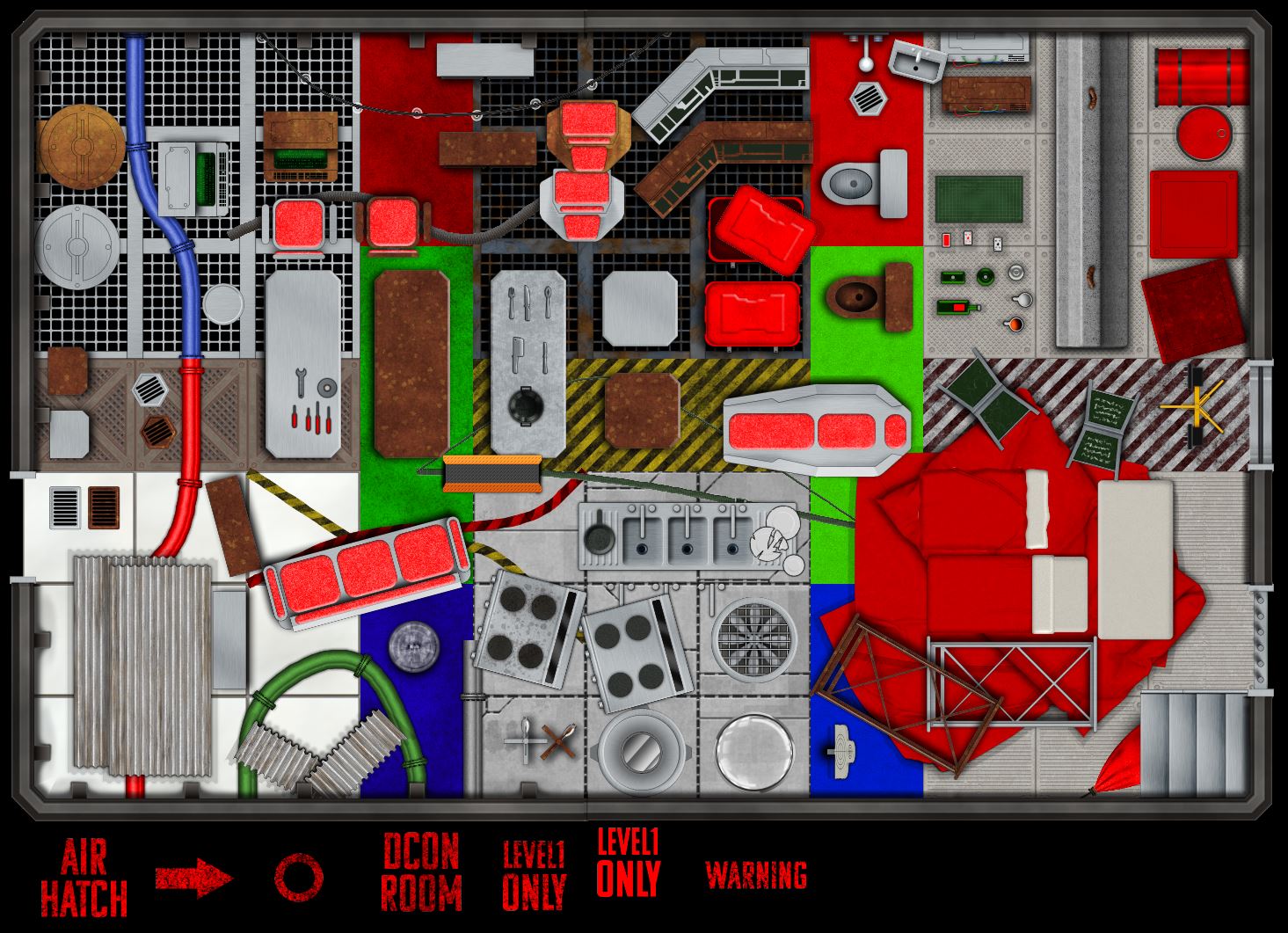 HellScape is a whole set! Here are some other assets designed to be used with Airship:

The HellScape series was started in order to help me build my upcoming campaign. Set in a post-nuclear war, I needed to build out the interior of a vast military airship, and I couldn’t find the resources to do it in the style I desired.

Airship isn’t just a ‘sample’ or demo. It’s the core asset pack at the center of HellScape, provided here for free. If you would like to support my efforts, and could use more specific assets, consider becoming a Patron and gaining access to add-on packs as they are developed.

HellScape – TechShip: Early Access on Patreon – Think of this as DLC for Airship. TechShip pushes more toward Star Trek, Star Wars and Battlestar Galactica in its influences.

HellScape – Wastes: In Development – Roads, mangled cars, dead radioactive earth. The Wastes are a dangerous place, filled with glowing things and the rotting corps of a modern society. Styled after Mad Max, Fallout, I Am Legend and anything else set in the ‘after times.’

HellScape – Military: Early Access on Patreon – Everything you need to build an active, or abandoned military base.

This asset pack or map falls under the CAL-BY-NC license.
This item has been uploaded by the original creator.

Please contact me if you need to discuss uses outside of the provided CAL BY NC license.